About Off With the Grid

It isn’t every day that three best mates have just the right skills (and passion) to start a tiny home company. But that’s what makes Off With the Grid so special. Rather than being a subsidiary of a large building company – an offshoot created just to grab another portion of the market – Off With the Grid was started by Tim, Josh and Jayden because they believe powerfully in the tiny house movement. (And because Tim did one too many light changeovers.)

Instead of changing light fittings and popping in extra outlets, Tim, an electrician by trade, found that the jobs he really enjoyed doing were the off grid projects. The people, the challenge and knowing that this work was making a positive impact on the world generally felt pretty awesome. He thought, there’s something here.

So, Tim grabbed a carton of stubbies and rang up Jayden and Josh, a builder and environmental specialist respectively. It wasn’t too hard to convince them that this was a fantastic idea. And so, Off With the Grid went from a talk to action.

The tiny home movement is inspiring the imagination and creativity of Australians across the country. We’re energised by the opportunity to own our own homes without soul-crushing (and dream-crushing) debt, and by the chance to embrace sustainable and renewable lifestyle choices. We want to live differently, and this is the way to do it.

At Off With the Grid, our job now is to take your tiny home dreams and turn them into reality. And that’s just what we do.

We help Australians transition to a flexible, sustainable and balanced lifestyle by designing and building beautiful tiny homes. 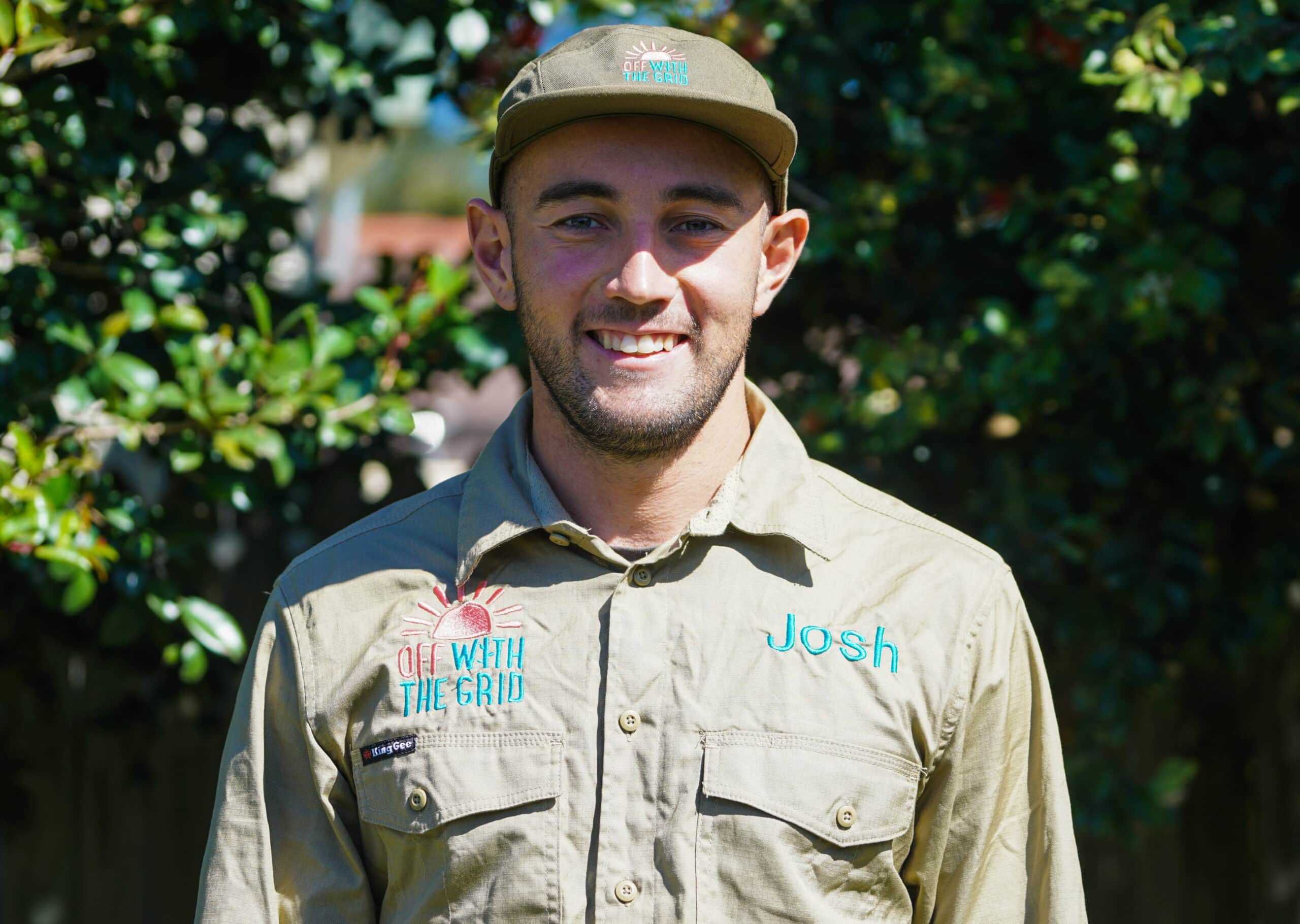 Our Eye for Design
It's been awesome working with the guys at Off With The Grid. They're knowledgeable, helpful and we've had a great experience building the tiny home of our dreams with them."
Benny & Jacquie

Are you ready for the off-grid lifestyle?

Talk to us about how easy it is to make the switch to the off-grid lifestyle. Get in touch with us to book in a free consultation with our tiny home experts.

Talk to a TINY HOME expert